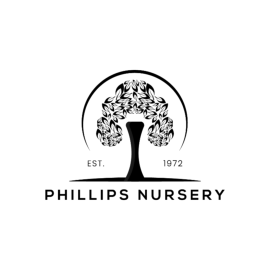 In the late 1960’s, Toney, the youngest of the Phillips brothers, started growing plants from cuttings as a high school project. When people started to show interest, he realized that he may be able to make some extra money. Setting up shop in his parents’ yard on Hwy 17 in Leland NC, he began to do just that!

In 1970, Toney’s life was tragically taken in an accident while working on a neighboring farm. His nursery sat untouched until 1972 when his brothers David and Hugh, along with the help of their father Charlie, decided to kick it off again in Toney’s memory.

For the past 50 years, Hugh and David have grown their brother’s simple high school side gig into one of the largest nurseries in Brunswick County, serving both the local landscape contractors and individual homeowners.

In 2022, ownership of the nursery was taken over by Hugh’s son Mark, who has dedicated his time over the last 30 years to helping his father and uncle with everyday operation and growth. Alongside his wife Kim and nephew Ellis, Mark is carrying on the dream his Uncle Toney had more than a half century ago!